April 18-23 are the dates of the 89’er Festival in Guthrie. It is a lot of fun while commemorating the Run of 1889.  Little known fact, the Prarie Willow Cottage was inspired by my great-grandmother who was part of the run.  She and my great-grandfather came from Vienna, Austria and Prague, Czechoslovakia respectively.  Great-grandmother, Josephine was married to a sea captain and moved from Austria to Baltimore. While in Baltimore, her husband died at sea with a number of their children, I am not sure how many, I just know this occurred. She met my great-grandfather and after they married they moved to Kansas. When the run was announced, they were in.  While great-grandmother had led a life that included the finer things, great-grandfather had not. He dreamed of owning his own farm. The run allowed him to do this.

My great-grandmother was not equipped to live in a dugout. It was drab and ugly. So, she used bluing to try to add some color and used some of her furniture and dishes to decorate.

I decorated the Prairie Willow Cottage in what I call Modern Prairie Cottage design. Below are some pictures of the cottage. Thanks, great-grandmother Josephine for being my inspiration. Even though I never met you, I love you still! 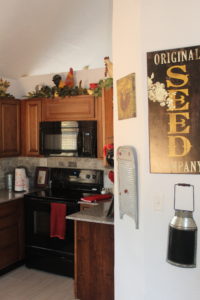 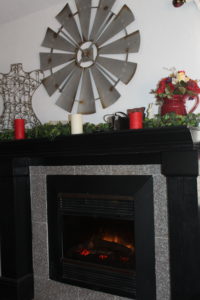 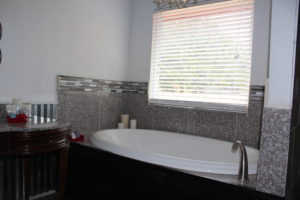 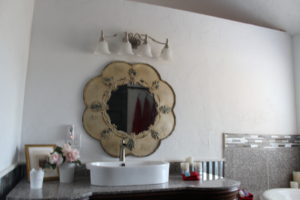 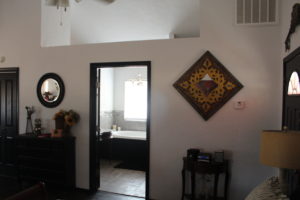 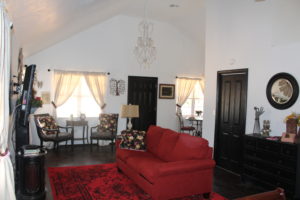 Prairie Cottage Has a Vintage Fence and A New Hot Tub

We have recently opened the red Prairie Willow Cottage for your romantic retreat to great reviews and happy couples. So in an effort to offer our guests a unique romantic get-away we have added a vintage privacy fence and a brand new hot tub!!! When you book your stay through our website this price includes breakfast, a complimentary bottle of wine, and snacks.